Some late summer finishes and my Big Panama Experience (Part One)

I'm back! Did you miss me? A few of you faithful readers emailed me to ask if I was okay and that was so kind of you... I've simply been away from home more days than I've been at home this month. The first week in August found me relaxing at the (very rainy!) beach in North Carolina with my husband's family for our annual reunion. And then we were home for only five days (while I did laundry and repacked our suitcases) and jetted off to Panama! Yes, Panama--quite an adventure! If you'd like to "travel along with me," I'd love to have you... But, first, let's begin with what I've been stitching, okay?


This was the very first piece I've stitched by The Scarlett House, but it won't be my last. I truly loved everything about it (even if I did have to rip out that bottom border twice to get it right!). Isn't it sweet with that many-windowed white house framed by giant strawberries? And the huge birds and the tiny kitty (or puppy!)... I wanted the strawberry color to look like that shown on the front of the chart (which is called "Strawberry House) so I chose to use Classic Colorworks "Clay Pot" as the skein of the suggested GAST "Pomegranate" that I had was just not right. I love this pinkish-peachy color so much!

To finish it up, I used Vonna's "Mounted Flat Ornament" tutorial and simply framed it. Really love the result! And that frame is very special, because it is one that my middle son picked up for me during one of his thrifting adventures. He is always on the lookout for small, older frames for me (especially square ones!) and he found this. I painted and distressed it and am really pleased with how it turned out. What do you think? Now I just need to find the perfect place to display it...

I also have a new bee finish to share with you. I know you've seen this one many times and perhaps some of you have stitched it yourselves. But, have you seen it stitched "over one?" So tiny and I made it into another sweet pillow for my bee bowl. This is "Honeybee Sampling" by Little House Needleworks stitched "over one" on 28 ct. mushroom Lugana using DMC threads.


It is a mere 2 1/2 by 4 1/2 inches in size! After sewing it, I added some cording in DMC 420 and topped it off with a black and white gingham bow. I photographed it next to a pair of scissors so you could see the true scale of it. Cute and tiny--just how I like my finishes :)

I have a couple other bee designs almost finished so I'll share those with you next time. That may be it for my bee stitching this summer. I'll show you all of my 2018 bee creations when I'm done for this year. I do plan to keep up the bee stitching next summer, too--so many of you sent me the most delightful bee charts and I really want to stitch them all! If only I had more hours in my day!


So... let's go to Panama! Have any of you visited? It certainly wasn't a country that was on my "must visit" list, but when you have a son who lives all over the world, you get to visit some pretty interesting places. He's inspired us to visit Seville, Spain in 2011 and then travel to Buenos Aires and Patagonia in Argentina (with a side trip to Uruguay!) in 2015. Our youngest son has been living in Panama since March of this year and will wind down his duties at the end of September. I can tell he is having very mixed feelings about returning to the daily "rat-race" that he experiences in Washington, DC. Life in Panama is much more easy going and laid back. People simply seem more relaxed and I hope my photos will help you get a feel for the country. So, grab a cup of coffee or tea (or, in my case, hot cocoa!), sit back, and please join me for a visit to the most modern of Latin American countries!


My son has been living in the beautiful Intercontinental Miramar Hotel in Panama for nearly six months now and, in a way, he has become a fixture in the place. The staff knows him and goes out of its way to help him out and make him feel at home. We decided to spend one night in the same hotel before we moved to the Airbnb we had rented for the week and this is what greeted us when we arrived...

We arrived in the dark, but the next morning we opened the curtains in our 25th story room to reveal this spectacular sight! This is the view my son gets to enjoy every morning (just two floors below!).

Below is a view from his bedroom window looking up the coast the other way. As you can see, this is a city of high-rises that houses almost 900,000 people (1.5 million in its metropolitan area). It has a very Americanized feel to it (think Miami!) due to the presence of so many Americans living there from the time the Panama Canal was being built in the early 1900s until the control of the Canal was fully turned over to Panama in 1999.

My son knows me well and knows I am not really a "city" person, so he suggested we rent an Airbnb in the Casco Viejo section rather than stay in the busy city. This charming historic district was settled in 1673 and was named a "Unesco World Heritage Site" in 1997. After the original location of Panama City (now know as Panama Viejo) was virtually destroyed in 1671, the remaining inhabitants moved to this more protected location on a narrow, rocky peninsula. Casco Viejo is an area of contrasts--you will find a beautifully renovated home right next to a dilapidated ruin with trees and vines growing out through the windows.

Casco Viejo thrived until the 1930s when its wealthier residents began moving away from the narrow streets and older architecture to the more automobile-friendly, modern suburbs. The area fell into disrepair and despair--and, by the end of the 20th century, it was filled with not much more than weed infested, crumbling buildings inhabited by vagrants and squatters.


Fortunately, the designation of the area as a World Heritage Site in 1997 brought new hope and, that, along with some government tax incentives, have helped the area begin to turn around. Today you can find beautifully restored examples of French, Spanish, and American colonial architecture on display. Casco Viejo has now become the hip new neighborhood in which to live, filled with many restaurants, shops, and clubs.


This is the part of Panama City where you will find many of the monuments and older churches...


And speaking of the Panama Canal--you really can't visit Panama without stopping by to see one of the world's most amazing engineering marvels. The path to finishing the 51 mile long strip of land into a navigable waterway between the Atlantic and Pacific Oceans was begun by the French in 1881. However, due to huge loss of life (over 20,000 men died during the building of the canal due to accidents, tropical diseases, snake and insect bites, etc.) and engineering problems, the United States took over the construction in 1904. By 1914, the canal was open, saving weeks of travel time for ships that formerly had to pass around the tip of South America to sail from the Atlantic to the Pacific Ocean and vice versa.


Unfortunately, we didn't choose the best day to visit the canal! Who knew it would be school visitation day?! Hundreds of very (very!!!) excited children ranging from kindergarten through high school age were there with us. I wish I'd taken a photo of them in their colorful school uniforms! The noise level made it impossible to hear what the announcer was saying as we watched a huge ship pass through the canal. Luckily, we were able to watch a film and walk through the museum to learn more on our own.

Whew! This is getting way....too....long! I will share three more photos with you and then continue my Panama tour in my next post.  Below is the Airbnb where we stayed in Casco Viejo--a wonderful location within walking distance of so many little shops, tasty restaurants, and interesting sights. My oldest son and his wife went with us, my youngest spent a few nights there (a nice change from his long hotel stay!), and there was a third bedroom for us. I love the Airbnb experience and find it so much more relaxing (and less expensive!) than hotels for a family like ours.

Thank you for hanging in there 'til the end! I plan on two more chapters to my "Panama Experience." Next I'll talk about the wildlife and hikes that we went on (one of which I feel lucky to have survived--truly). And the final part will showcase more of the history, culture and traditions of this small country. They are very proud of their homeland--as they should be! Wishing you a wonderful stitch-filled week, everyone--thank you all for following my blog, reading my way-too-long posts, and leaving all of your heartfelt comments. I truly look forward to each and every one. Bye for now...
Thanks for stopping by! Carol ... 7:00 AM 66 comments:
Labels: bees, Family, Little House Needleworks, Panama, Scarlett House
Newer Posts Older Posts Home
Subscribe to: Posts (Atom) 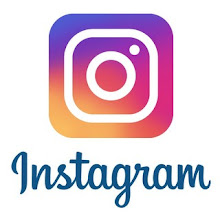